Change to the maximum screen resolution (at 1.0 scale) on the Retina Macbook Pro (Preference Pane)

But you can set it anyway, if you like, through this screenresolution command-line utility that was originally created by John Ford (license: GPLv2.0) or with my fork that adds PreferencePane support. Note that the preference pane assumes that you only have one retina display currently (which is of course true at this time).

The screenshot of what the preference pane looks like is below, not very pretty, but serviceable: 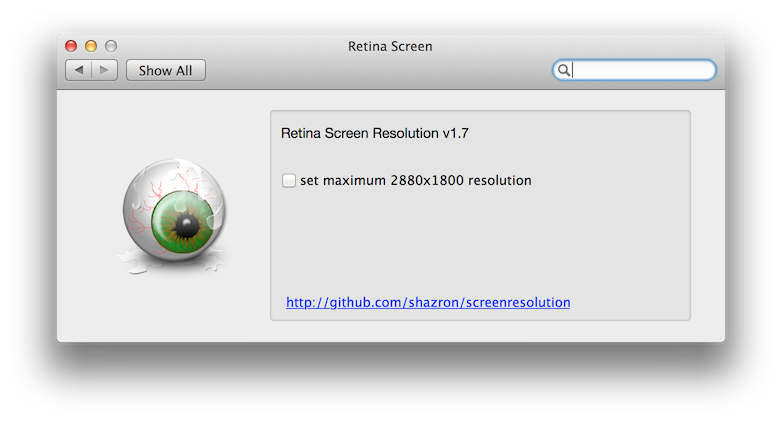 Share:
Older How to update the channel type in...
Newer Screens for iOS error - Connection...
No data found for the given query.